Beautiful and rare “Senza titolo” silkscreen print representing the annotated drawings of the glass vases that Ettore Sottsass had designed for Memphis Milano and produced by Toso Vetri d’Arte, Murano. Published by Kalos Arti Applicate in 1986, signed and numbered 3/80 in pencil. The frame is original and a Kalos certificate is on the back.
Size 79 x 190 cm 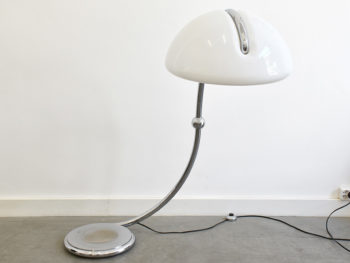 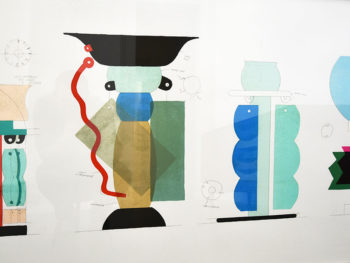