The Modular seating collection was designed in 1956 by George Nelson for herman Miller. The Modular Sofa is very rare as only produced between 1956 and 1978. it features a recognizable minimal style that makes it to a true mid century modern design icon. 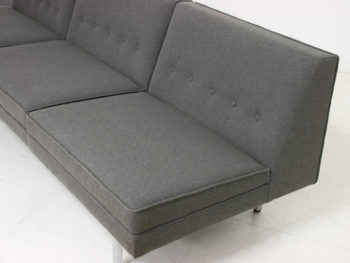